As you know, resistors are electronic components used to control voltage and current in circuit. But by correctly adjusting its value we can use it to control current or voltage in circuits and applications. Individual resistors can be connected together in either series or parallel connection to produce a valued resistor whose equivalent resistance is the mathematical combination of the individual resistors connected.  All types of combination of resistors can be converted into an equivalent resistor no matter how complex that combination is because all the resistors follow the same rule i.e. the Ohm’s law.

What is Ohms Law?

Ohms law defines that, in any electric circuit the current passing through the components is directly proportional to the potential difference applied across the components. Ohms law exist in three forms. They are V=IR, I=V/R, and R=V/I.

A combination of series resistor circuit is arranged in a daisy chain fashion. Here current remains constant throughout the circuit. Once the current is passed to one resistor, it goes nowhere but straight to its destination i.e. negative terminal of the battery.

As the current here remains constant, current is the same throughout each resistor.

When we talk about voltage, it is divided in each resistor according to the value of resistors. But adding all of the individual voltage will result into total voltage in circuit.

Now, according to Ohm’s law,

Therefore, the equivalent resistance of the above circuit (a) would be

The entire voltage is divided into different voltage drops across each resistor as V1, V2, V3 and V4 and is calculated as

The total voltage is the sum of the voltages across individual resistances.

The circuit (a) can be modified using a single resistor in series with a 1V battery.

Thus this how resistors act in when they are connected in series combination. This type of combination is widely used when we need a big amount of resistance like 200Ω but 200Ω is not available in market so we connect two 100Ω resistors in series to get our required equivalent resistor.

Thus, equivalent resistance of these individual series resistors is just addition of their individual resistance. For example, if there are ‘n’ number of resistors say R1, R2, and R3 and so on up to Rn. The total resistance in series is given by the equation or formula below.

As far is battery is concerned several individual resistances are equal to one big resistance. This resistance  or  is known as Equivalent resistance.

The total resistance is given by = Total voltage/Total Current. It is obvious that this is the algebraic sum of individual resistors.

To find resistance in series theoretically, here are example problems and solutions of resistor in series.

To connect a resistor in series join one end of resistor R1 terminal with resistor R2 and R2 another end with R3. Likewise, you can connect ‘n’ number of resistors in series fashion shown below. This will increase the resistance. 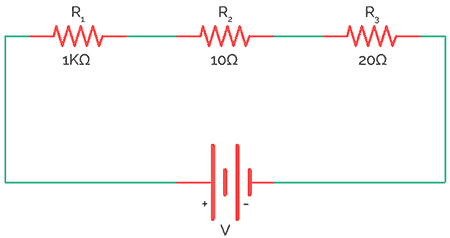 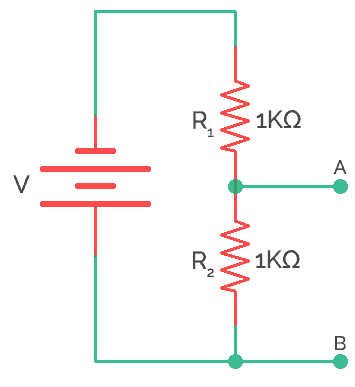 Hence, the series circuit divides the voltage and acts as voltage divider circuit.

Some of the applications of series resistance in real life are 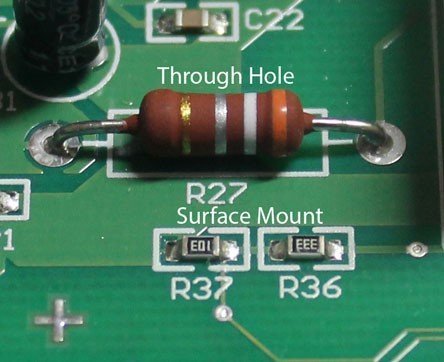 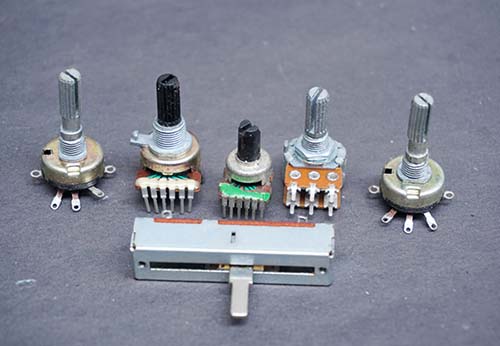 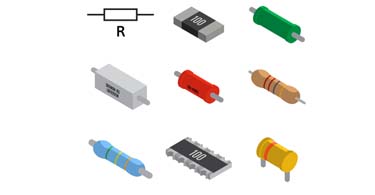