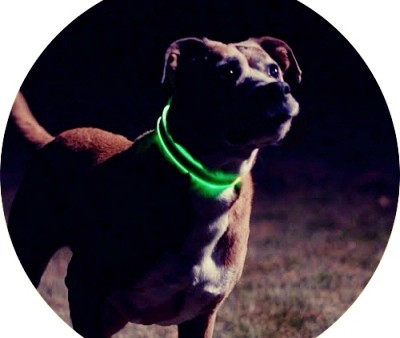 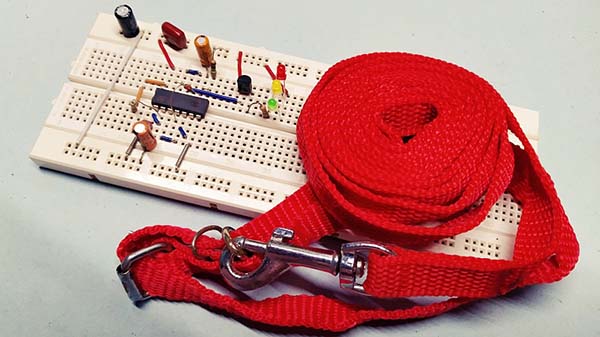 To get started, you can follow the little schematic below. Simple, eh? 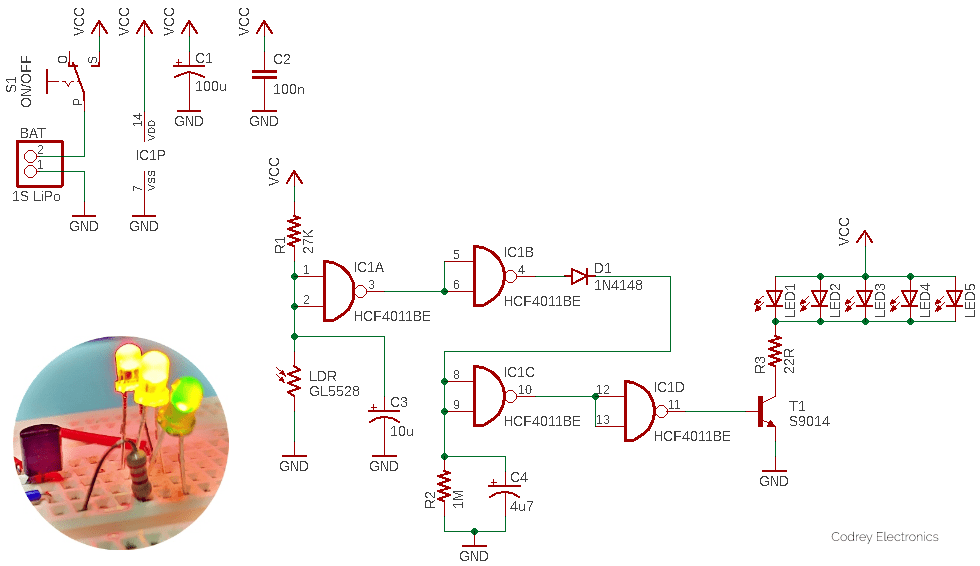 So, you just got the design idea of an inexpensive dark-activated LED dog collar. And, you may have started to think that you do not always need a fancy microcontroller to make something amazing, can you? 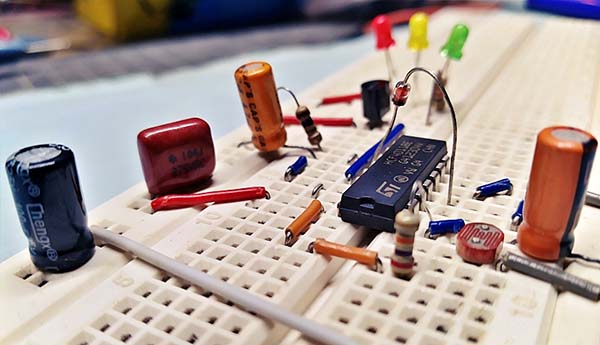 The circuit diagram doesn’t need an in-depth explanation, but here’re a few significant things to keep in mind:

I’ve tested my breadboard prototype over a narrow range of voltages (3.6 to 4.3V) and different types of LEDs. 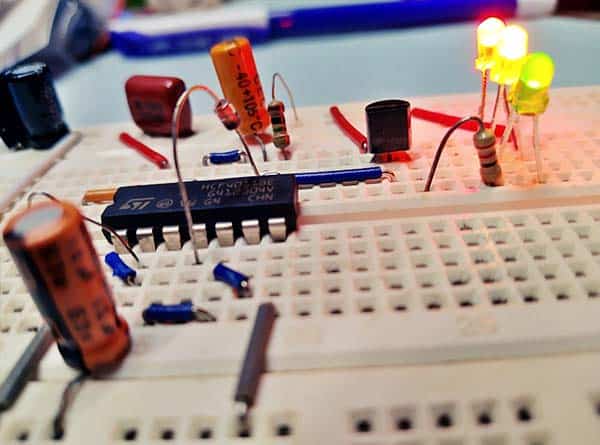 As you’ll see, I’ve used just three pre-used LEDs harvested from a circuit board from an old broken toy car I had in my box of bits. I’ve come to accept that I’m totally a parts and tools hoarder. I have a huge assortment of unused electronics components next to me, but I’ll still spend hours disassembling a broken gizmo to harvest yet another (haha)!

Needless to say, all things work well as anticipated! However, it’s observed afterward that as darkness falls (and if the light level returns slowly) the LEDs start flickering for a while but that effect is negligible.

Truth be told, the final construction of the illuminated dog collar obviously needs some skill and patience. It might look extremely complicated with lots to do but it isn’t.

There’re so many types of common dog collars in the market. Whichever type you have, you now have to carefully mount the LEDs and route the wires. When you’ve done that, you’ll need to secure the encapsulated core electronics (perhaps assembled on a stripboard) in a desirable place on the dog collar with a dab of hot glue.

Make sure you installed the photoresistor in the right place before finalizing your build so that its eye can “see” the ambient light well but the light from the LEDs should never disturb it. Remember, you also need to waterproof the entire setup.

Another (perhaps much simpler) idea is to include all the electronics inside a rigid box that can be easily clipped onto a stock dog collar (see below). 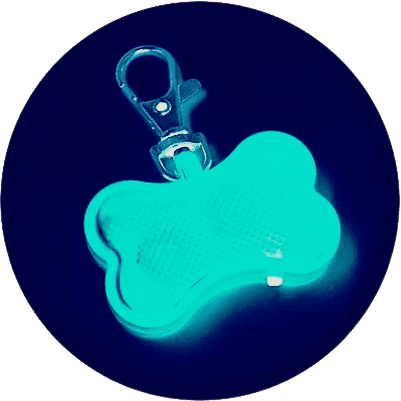 Almost there! When you’re sure it all looks good, you’re ready to start the pre-flight test of your build. That means, now it’s time to test your dark-activated illuminated dog collar and make sure you successfully set all aright. Well, whichever way you go, enjoy the fruits of your labor!

Other intended add-on ideas for this illuminated dog collar (so far, more to come later): 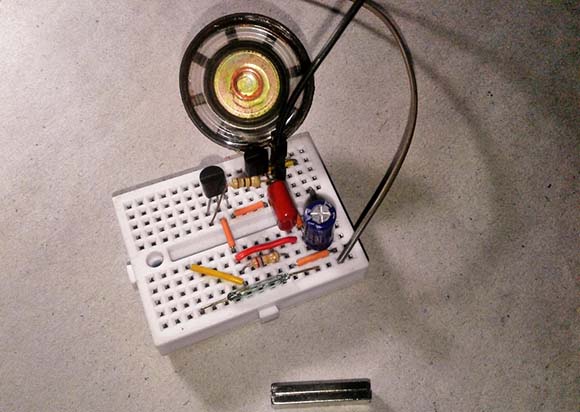 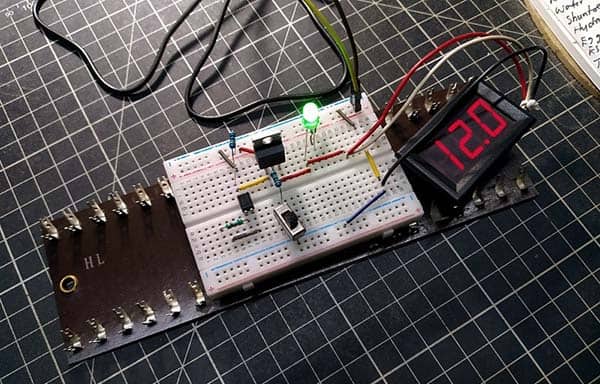