Recently, I had the opportunity to test the internal electronics of several popular Router UPS devices. Honestly, most of them are useless products and will make the router sick within days. Oh, that’s another story, and I’ll post an in-depth article about them (how and why) later.

I still believe you can build a reliable Wi-Fi router/CCTV camera UPS with a 12V/7Ah SLA battery. You may be wondering why I still cling to that old battery technology in this lithium+ battery age, but I have some reasons for that. So, let’s get started. 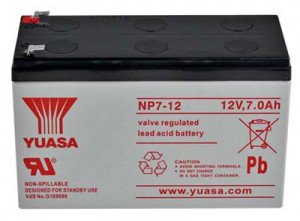 Maintenance Free) batteries, do not require constant maintenance and normally do not emit any fumes or gases on a continuous basis. These batteries are completely sealed, thus eliminating the risk of acid spillage during transportation, and due to their construction, we can also mount them in any orientation. 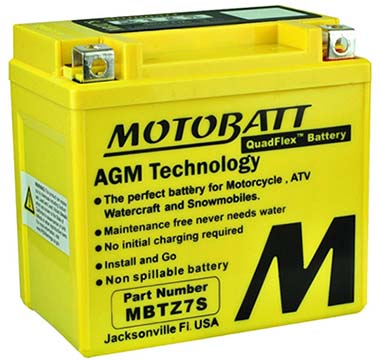 AGM batteries are also the preferred solution for start-stop vehicle technology. The start-stop vehicle technology automatically shuts off the engine when the vehicle stops, such as at a traffic light or in stop-and-go traffic, and restarts it quickly and quietly when the clutch is engaged or the brake pedal is released (https://www.autobatteries.com)!

When learning about SLA battery charging and discharging rules, you may find many complex terms such as standby use and cycle use. Let me describe it briefly here.

Unfortunately, many YouTube videos about making SLA battery chargers do not explain those critical terms. The real intention of some YouTubers is not to share valuable knowledge, but to duplicate other people’s ideas and shoot videos without knowing anything technically – only for monetary gains, and/or to support their PCB sponsors! 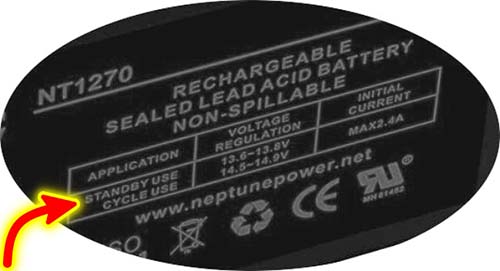 First off note that  SLA batteries may be charged through different charging techniques, to obtain maximum battery service life and capacity, along with acceptable recharge time and economy, constant voltage-current limited charging is the best method. This charging method can be used for both cyclic and standby/float applications.

The constant voltage charge method applies a constant voltage to the battery and limits the initial charge current. Here, a DC voltage between 2.3V per cell (standby/float) and 2.45V per cell (fast) is applied to the terminals of the battery. Depending on the state of charge (SoC), the cell may temporarily be lower after discharge than the applied voltage. After some time, however, it should level off.

In short, Cycle use is when the battery is used to power devices every day, which discharges the battery, and Standby/Float use is when for the majority of the time the battery remains 100% charged in standby.

Cyclic/Cycling applications usually require recharging to be done in a relatively short time. The initial charge current, however, must not exceed 0.30 x C amperes. On the other hand, Standby applications generally do not require that the battery be charged as fast or as frequently as in cycle operation. However, the battery must be kept constantly charged to replace the energy that is dropped due to internal loss and declension of the battery itself (https://www.power-sonic.com).

See, these are clearly printed on the NT1270 12V/7Ah battery shell above.

However, you should pay close attention to the requirements of your specific SLA battery before choosing a charger. Datasheets/spec sheets can be of great help here because the actual demands may vary slightly depending on the model. 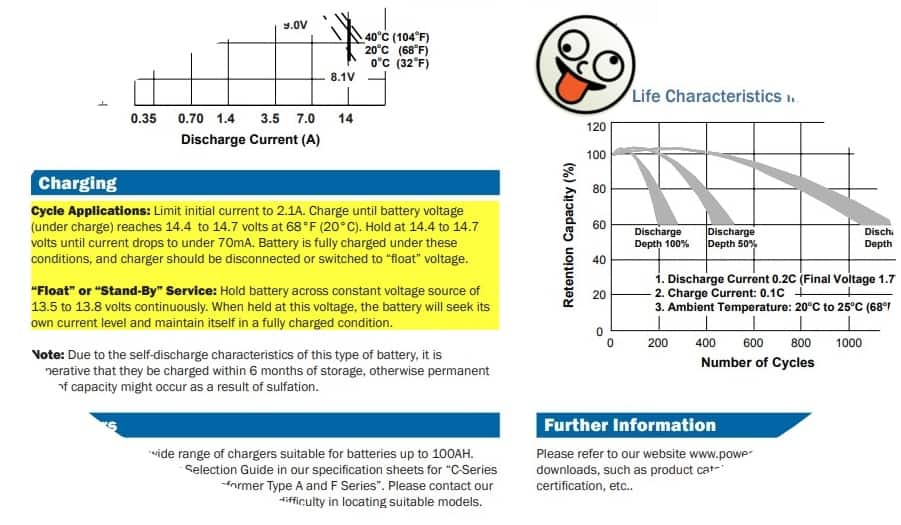 Just a quick note, readers often ask me about the ideal charging current for recharging SLA batteries. My answer is 25% of the Ah capacity (the voltage of charging is also important).

So, the charging current of a 12V/7Ah SLA battery should be no more than 1.75A to prevent thermal runaway and battery expiration. Importantly, if you have other device connected to the battery during charging, it also needs to be powered, so you need to add that to your calculations. In this example, if your battery is wired to a load of 1A, the charging current needs to be 2.75A (https://www.upsbatterycenter.com/). Keep the questions coming

The first idea is to charge a 12V/7Ah SLA battery from a 15VDC/2A power supply. It works, it is uncritical to build and uses only easy-to-find parts, so it has something in its favor. The crude charger consists of two stages – the first is a 15V/2A SMPS, and the second is a standard recovery rectifier 1N540x, which prevents reverse current and also lowers the charging voltage a bit (1V maximum).

The resulting output voltage is fine for charging a 12V/7Ah SLA battery to full charge but is too high as a trickle charger, so don’t leave this charger setup permanently connected to the battery. If you would like to do, then add a 0-15VDC analog voltmeter across the battery terminals to indicate the battery voltage level in a simplistic way. 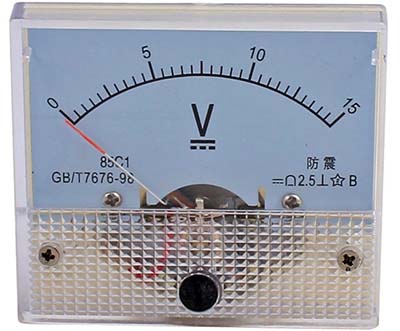 Needless to say, this rude idea can also be implemented using an 18V/2A laptop charger (AC/DC Adaptor) as shown in the below schematic. Here, the second stage is a 15V fixed voltage regulator IC – L7815 – bolted to a bit heavy TO-220 heatsink. Not very tidy, but it works!

Now note that using a combination of constant current (CC) charging and two-stage constant voltage (CV) charging techniques (and also by monitoring the battery terminal voltage and temperature), a multi-stage charge profile can be implemented to reduce stress on the battery while giving the shortest possible charge time.

The first stage of the multi-stage charge process is the constant current mode where the charging current should limit to a quarter of the battery capacity which is 1.75A for a 7Ah battery. This process continues until the terminal voltage reaches 14.4V (2.40V/cell).

Thereafter, the charging process moves to the second stage where the output changes from constant current to constant voltage. When the charge current drops to 0.05C Amperes, which is 0.35A for a 7Ah battery, the battery will have recovered approximately 70-80% of its charge. At this point, the output voltage reduces to 13.65V (2.275V/cell).

The remaining 20-30% of the charge is carried out at this lower voltage in order to prevent over-charge. The charge process will stay in this mode until the battery is fully charged.

The final part of the multi-stage charge process is the float charge cycle which provides an intermittent float charge as shown in the below figure (www.silvertel.com).

I already rigged up an improved SLA battery charger to charge my 12V/7Ah SLA battery with an 18V laptop AC/DC adaptor. The charger circuitry, however, only implements the constant current stage of the standard lead-acid battery charge curve, since that is when most of a battery’s capacity is refilled and is much simpler to build than one with a pretty complex multi-stage controller logic.

If I did use a tiny microcontroller, implementing all stages of the charge cycle would be much easier, but I opted not to include that so far (I’ll probably play with that at some point). The complete project details will be posted here after some time. The next one in the queue is the construction project of an economic Wi-Fi Router/CCTV UPS device. So, stay tuned! 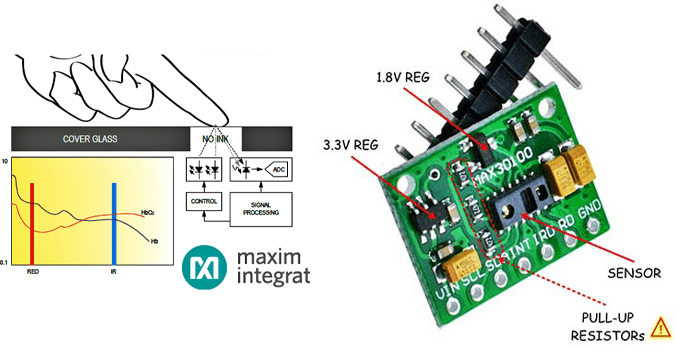 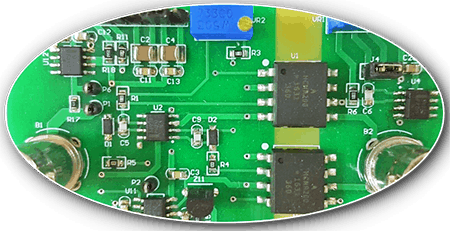 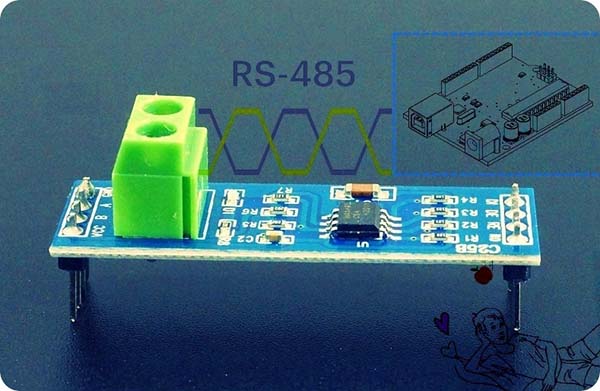