Basic Electricity is the presence of motion of electric charges. Electricity is all around us powering houses, offices and technologies like our cell phones, computers, lights, soldering irons, and air conditioners. We can’t imagine this world without electricity.  It gives light to us, gives comfort, keeps us connected and provides almost all entertainment devices.

After that for many years, scientists were trying to find a way to use the electrical power to light up their homes. In 1879 American inventor Thomas Edison was finally able to produce a light bulb.

To understand electricity, we need to first understand what electric charges are; from where they come and how do they move. 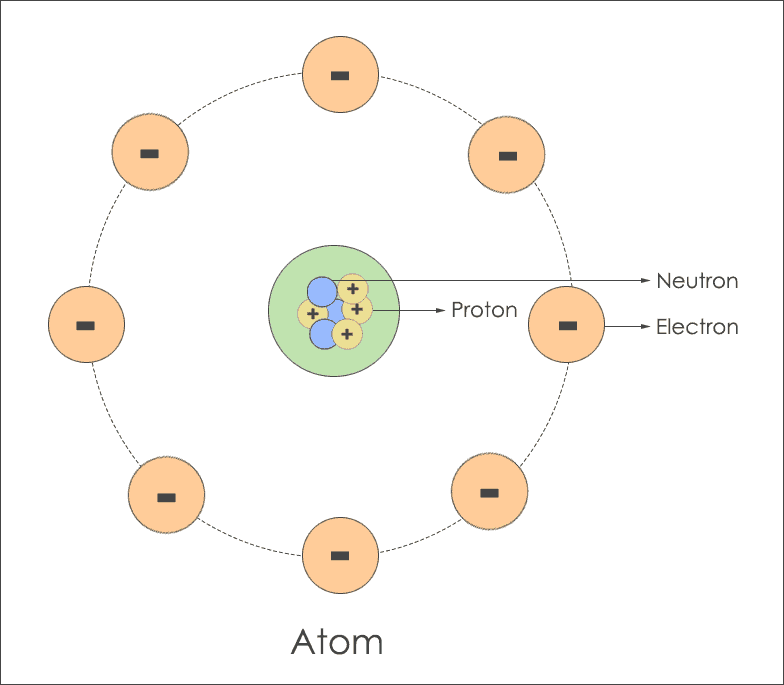 But to make these charge carriers flow, there works a force between them called electrostatic force.

Electrostatic force is the force that acts between the electrons and protons.  It states that charges of the same type repel each other, while charges of opposite types are attracted together. Opposites attract, and likes repel.

Some substances have atoms that release an electron and they are used as a conductor. A substance that allows electricity to pass through it is called conductor. This type of elements aids the electron flow. These types of elements are used to prepare wires. Examples of the conductor are copper, silver, gold, etc.

While insulators are elements which do not aid electron flow and thus not let the electricity flow. They are used to make an outer covering of wire and other many safety materials. Examples of insulators are plastic, glass, wood etc.

There are various methods of generating electricity. They are generated from different sources like heat, wind, sun, nuclear elements and many others.

It is mostly generated by:

How bulb lights up?

When electricity is passed through the bulb, the element called tungsten inside the bulb is heated to 2000K to 3000K, which is less than the melting point of tungsten. Then, the energy is emitted in the form of visible light in a continuous spectrum which we see, and the most important part is most of the energy is given up as a heating effect which falls in the infrared region. Also, the filament is placed under a low-pressure inert gas which slows down the oxidation of the filament tungsten, hence increasing its lifeline.

What makes your hair standing while you bring a plastic comb near them? This is not because of friction; this is because of static electricity. Static force is created when electric charges which are positive and negative are separated by an insulator and there is an imbalance in them. Means no. of positive charge carriers are not equal to negative charge carriers.

Thus to create a balance between them, they can even flow through best conductors like wood, plastic, glass, etc. and so we experience static electricity.

Electric energy is applied throughout the globe to provide power to home appliances, industrial devices, and consumer electronics. Here are some of the applications of electricity.

That’s all about basics of electricity and it is the natural phenomena from which we can’t escape. Today we can’t imagine this world without electricity; we are all dependent on our mobile phones, computers, internet connection and many other things that work on electricity. Even if we escape from this gadgets and lightings, it will still remain in nature from the lightning strike and also the electrical signals in our brain.