Moving Coil Meter is a widely used measuring instrument because of its accuracy and sensitivity. These instruments are directional and they can be used for DC measurements. This device can be used as an ammeter, voltmeter, galvanometer, and ohmmeter.

The moving coil instrument works on the principle of the DC motor (electrodynamic effect). It operates by the interaction of the magnetic field produced by a movable coil due to the flow of current with the field of a permanent magnet. It uses a coil for measuring voltage and current.

The moving coil meter construction consists of a U-shaped permanent electromagnet. A movable coil of copper wire wounded on a soft iron core and is mounted in the field of a permanent magnet.

The copper coil has many turns and it is pivoted on a jeweled bearing. It can freely rotate in the magnetic field produced by the magnet. Hence these are often known as Permanent magnet type instruments.

The controlling torque is provided by the two control springs (one in lower and other in upper) made of phosphor bronze which is mounted on the jewel bearing and coiled in opposite direction.

A pointer is attached to the spindle which moves over a graduated scale. It has a section over the scale to form a fine blade which helps to reduce error while reading the scale.

The working principle of permanent magnet moving coil type instruments is, When a current being measured is applied to the coil through control springs, it creates a magnetic field. Interaction between this induced field and the field produced by the magnet produces a torque in the coil. This causes the coil to rotate and the pointer deflects on the scale.

The spring is controlled by the spring control method. The damping torque is produced by the eddy current damping.

Here are the advantages and disadvantages of moving coil instruments. 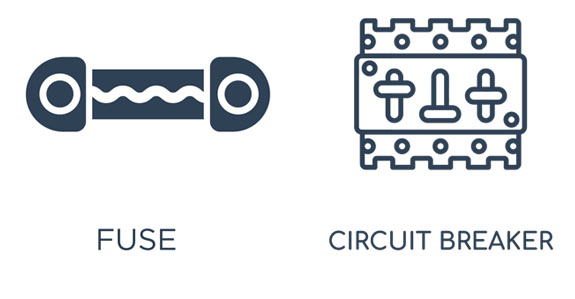