What is an Electrical Fuse?

To define a Fuse, it is an electrical safety device which is used to protect components, circuits and from the risk of fire and damage due to over current conditions. Fuse is a thin piece of metal wire which melts and isolates the circuit when an excessive current passed through it and breaks the circuit.

According to the international standard IEC 60269, a fuse is “a device that by fusing of one or more of its specially designed and proportioned components opens the circuit in which it is inserted by breaking the current when this exceeds a given value for a sufficient time. The fuse comprises all the parts that form the complete device”.

During normal load conditions, the fuse is at a temperature kept below its melting point. It carries the normal current without overheating. During the occurrence of fault or damage, the current in the fuse element increases beyond the limit. This will increase the temperature which leads to melt the fusing element and it disconnects and protects the circuit. The magnitude of the over current decides the time required for the blow out of the fuse. Greater the current, smaller the time required for the fuse to blow out.

Fuse is used widely across the power industries to ensure the safety of the devices. Fuse is the cheapest form of protective device against excessive currents.

Several types of fuses are available and they are used in low, moderate and high voltage applications.

Fuses are generally installed in series in the circuits. A fuse consists of a low resistance metal wire as fuse element, a small cross-section compared to the circuit conductors mounted between a pair of electrical terminals. It is enclosed in a non-combustible tube which is surrounded by a filler material which may be sand or other material. The fuse element provides the current path through the fuse. The enclosed fuse casing may be made of glass, ceramics, plastic or moulded mica laminates.

The fuse element is made up of materials having the following properties:

Metal, tin, copper, silver, etc., are generally used as fuse element which have the above properties. For small currents up to 10A, tin or an alloy of lead (37%) and tin (63%) is used as fuse element. For larger currents, copper or silver is used. Zinc is good for use when is there is a time-lag is requited. It doesn’t melt very quickly with a small overcurrent.

The following is the table of different element materials and their melting points.

Fuses are rated by current, voltage, breaking capacity or if they are designed to operate on AC or DC circuits.

A nominal current rating which a fuse can continuously carry without overheating or melting. It is based on the temperature rise of the fuse element and its environment.

It is recommended to operate the fuse at not more than the 75% of the nominal current rating.

The voltage rating of the fuse must be greater or equal to that of the circuit voltage. It is because the fuse can safely interrupt an abnormal current. It relates to the ability of the fuse to function and extinguish arcs when it opens.

The breaking capacity is the maximum current that the fuse can safely break at rated voltage. It is also known as the interrupting rating or short circuit rating.

It is the temperature of the surrounding components such as fuse element, fuse holders etc., where the fuse is installed. The time-current characteristics of fuses are affected by ambient temperature. Higher the ambient temperature, the hotter the fuse will operate and it shorter its life.

It is the amount of energy required to melt the fuse element to interrupt the current. It is the function of current squared and time. It is expressed as ampere squared seconds (A2 Sec).

It is the minimum amount of current at which the fusing element melts.

In order to prolong device life, a device is operated less than its rated maximum power rating is called derating. It is recommended that when a fuse is operated in an ambient temperature for 25°C, the fuse current rating should be derated.

The time required to blow out the fuse depends upon the magnitude of excessive current. So, the greater the current, the melting time taken by the fuse reduces (the fuse will melt faster the more overcurrent is). Hence the blow time of fuse is inversely proportional to the current flowing through the fuse element.

Why do we need a fuse?

Electrical Fuse is an over-current protective device designed to be a sacrificial element in a circuit. They are designed to open the circuits when excessive current flows through it and to prevent the system from further damage.

The electrical fuse is designed to have a specific melting point only to withstand a certain amount of continuous current. Different fuses have a different current rating. If the magnitude of the current exceeds the normal current rating of the fuse, the short circuit current generates the excessive heat and the fuse element melts which breaks the circuit.

It is a good protective device but there is a need to replace the blown fuse with a good one because it is a one-time protection device.

Selecting a fuse for Circuit Protection

During normal load conditions, a fuse must carry the normal operating current of the circuit without experiencing nuisance openings. However, when an overcurrent occurs, the fuse must interrupt the overcurrent and withstand the voltage across the fuse after internal arcing.

To properly select a fuse the following criteria must be considered:

Here are some advantages of an electrical fuse. 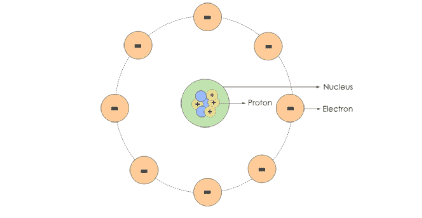